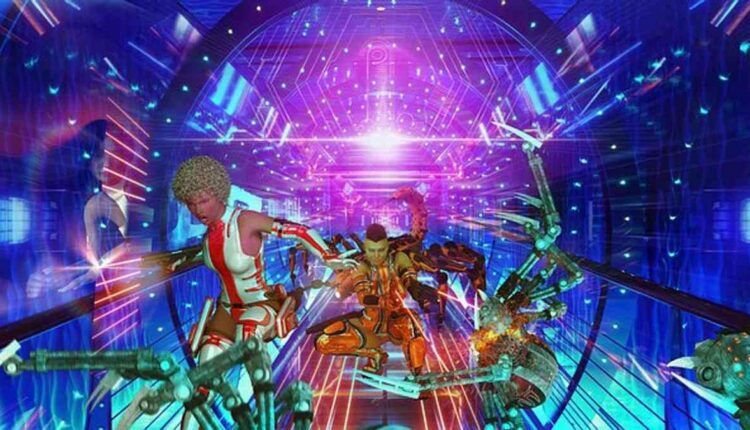 The Good Company series of games are about exploration, strategy, and entrepreneurship. You’ll have to use your teamwork skills to achieve your goals. The game can be played as a single-player campaign or in Co-op with up to four players. The game features early access, which is great for those who don’t want to wait. It’s available for PlayStation 4 and PC. To learn more, check out our review.

While this Early Access title has yet to release a full campaign mode, it already has some of the most important features of a top-notch management game. It also offers co-operative multiplayer. Despite its relatively young age, Good Company is already a worthwhile experience for fans of tycoon management games and simulations. It’s even worth trying out if you’re a newcomer to the genre.

The premise of Good Company is simple enough. You’ll be running an electronics factory, combining parts, and shipping them off to sell. The game doesn’t feel overwhelming at first, and it relies on workers to do a lot of the tedious work for you. You can purchase as many of these workers as you’d like, which helps you to keep costs low. Good Company is enjoyable for those who enjoy simple, streamlined games.

The design of the game is also noteworthy. It evokes the spirit of shared prosperity through the character design and interface, making it an enjoyable experience. Some tycoon games are too bland, and Good Company is a refreshing exception. It’s a game that captures the soul of modernism while allowing players to take control of their companies. There’s an added dimension to its storyline as well.

If you’re looking for a new factory management sim, then Good Company is a great option. The in-depth game is coming out of early access on June 24, and it will launch with new multiplayer features in June 2022. Until then, you can follow its progress through Shacknews for updates. We’ll keep an eye on the game’s progress, so stay tuned! This is a preview of Good Company’s new features.

The game occurs in an 80s-inspired world where players build a corporation from scratch. They aim to design and manufacture products, automate logistics, optimize production processes, and manage staff members. While managing a company, they will have to make smart decisions to keep their company thriving and profitable. There are two modes, the single-player Campaign Mode and the endless Freeplay mode. Good Company will let you play as a startup or leading company CEO.

The Good Company game release date is a long-awaited game for fans of the business management genre. It has already been on Steam Early Access since March 2020, but the developer is still working on more features to make it the best version of its genre. Co-operative multiplayer has been added to the list of features, and the developers promise more to come. Regardless of the release date, players can’t wait to get their hands on the game.

While many business simulation games are limited to a few key areas, Good Company offers various game types. The game allows you to play as an engineer, lead architect, or CEO of a company. Its premise is based on the tycoon-like concept of a company that wants to be the best. Good Company also features robotic companions and calculators to aid players. The game’s graphics are top-notch, impressing even the most casual strategy fans.

The graphics are excellent, and the game has a great atmosphere. Good Company is a strategy-simulation game where you must build an empire, hire employees, and innovate new technologies. As you progress through the game, your products will become more complex, moving from simple batteries to various cybernetic pieces of equipment. Good Company is a fun and challenging game that will keep you entertained for hours.

The developer of the popular business management sim, Good Company, has announced that it will release a full version in June, leaving Early Access. The game will be available for PC and feature a cooperative multiplayer mode. Players can manage different aspects of the game together, including health, items, and more. The game team promises this feature will make the game even more fun. Here are some more details on co-op gameplay in Good Company.

Co-op gameplay is an integral part of video games. It is as old as the arcades and has evolved over the years. Developers have looked for new ways to create games that let players collaborate. As a result, digital marketplaces are brimming with games that feature local and online co-op. This type of gameplay can be extremely fun and a great way to introduce a newcomer to the gaming world.

A good game user interface allows users to complete tasks efficiently. It is easy to use and helps users enjoy the experience more. This article will look at a few best practices for creating an appealing game user interface. The first tip is to make the game’s UI as intuitive as possible. A simple, clean user interface makes it easy to understand. Another great tip is to incorporate design principles into the game. A game’s UI should help players to stay focused on the game.

One of the most important things a game user interface should have is a clear way to communicate with the player. For example, a UI should have a way to show vital information to players. This is particularly important if the game requires players to make decisions during gameplay. Using icons and indicators is also a great way to ensure that a player can quickly access information. Ultimately, a well-designed game user interface can help a game’s players feel more engaged in their work.

Another important feature of a good game user interface is the style and setting of the game. The graphics are striking and evoke the spirit of shared prosperity. The interface is easy to use and conveys a sense of the spirit of industry. Character designs are also appealing and effectively convey the game’s message. Unlike other tycoon games that lack soul, Good Company’s UI conveys a strong message about the game’s culture.

The Good Company game is a management simulation themed after Silicon Valley. It requires the player to manage complex manufacturing lines, staff logistics, and promote quality products to succeed in the business. The game is fun and can make you feel like an entrepreneur! Good Company is free to download for Microsoft Windows. It offers two game modes, single-player Campaign Mode and endless Freeplay Mode. For this reason, Good Company is a must-have for any business-minded player!