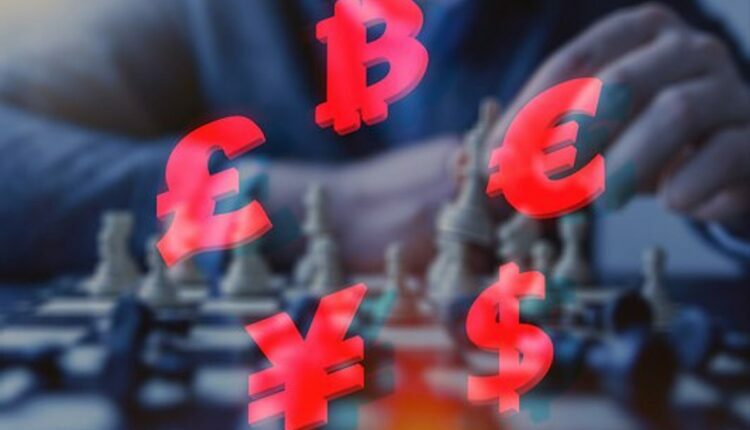 Nazara Technologies is a company that develops popular games and then uploads them to the app and play stores for people to download for free. The games are free to download, but they do contain advertisements. This revenue comes from the ads in the game, so the more people download the games, the more revenue they earn. Consequently, they are looking to pivot their business into blockchain gaming. Here are some of the reasons why they are interested in this new revenue stream:

A new blockchain game by Nazara Technologies is in the works. The developer plans to use its successful World Cricket Championship game as a platform for this new project. The game is touted as the most popular mobile cricket simulation game, with more than nine million active users and two sequels released. The company has started building a team to develop a blockchain gaming unit. The company’s first game, World Cricket Championship, is a freemium offering.

The company began as a casual game portal when dial-up connections were the norm. Its founder’s love of gaming propelled him to develop a business that would cater to the needs of this niche market. Nazara’s success led to exponential growth, and today, the company has diversified into several different segments: interactive gaming, eSports, gamified early learning ecosystems, and e-sports.

In its latest financial report, Nazara revealed that its freemium games business generated revenue of Rs 21.3 crore in FY22, up by nine percent year-over-year growth. Freemium games are the company’s fastest-growing segment, contributing around three percent of the company’s total revenues. The company has been acquiring popular online games like the world-famous Kiddopia, which will be available for download in July 2020. The company has been recognized for its innovative thinking and has won awards like the M-Billionth Awards and the MADDIE’S Silver Award for innovation. The company also holds a patent for the cricket game.

Nazara is an Indian entertainment company based in Mumbai. The company specializes in developing mobile games, interactive learning ecosystems, and eSports. The company also offers solutions for developing advertising campaigns across mobile networks. The company’s technology integrates content from media companies, marketing messages, and wireless carriers. In addition to the games it creates, Nazara is also a leading content and media provider in emerging markets.

Currently, freemium gaming is slow to catch on in India. In-app purchases have remained low, even though Indian consumers prefer free games. However, play-to-earn could change that by making games more profitable. The company hopes to see higher ARPUs and better monetization in the freemium market. And, of course, investors are ecstatic. Its games are free to download.

In addition to developing freemium games, Nazara Tech also provides a sports media platform for players. This company creates games for mobile users and uploads them to the app and play stores. These games can be downloaded for free but contain ads that generate revenue for the company. Ultimately, the more popular the games are, the more revenue they can generate. There are a few different models to choose from.

Nazara Technologies has announced that it has doubled its eSports revenue to Rs53.2 crore in the last fiscal year. This growth comes from the growth in the eSports segment and its gamified learning offerings. The eSports business segment contributed about 49% of the company’s operating revenue in FY22. The company has reported making a net profit of Rs13.5 crore in the first nine months of this fiscal year.

The company publishes several mobile titles emphasizing casual titles and first-time mobile gamers. In addition to publishing its games, Nazara has invested in other mobile game companies in India, including Moong Labs, Hala Play, and Godwin. The company also hopes to expand its network through eSports. It has been betting on esports and believes acquiring Publishme will help it grow.

Nazara Technologies has also expanded its gaming division through acquisitions. It has acquired two media and entertainment companies – OML and Published – and their adjacent IP business. With these acquisitions, the company expects to expand the eSports segment in the second half of 2017.

The company’s investment in eSports is consistent with the company’s commitment to building a robust eSports ecosystem in India. The company has also invested in mobile gaming companies such as Hala Play and Next Wave Multimedia. The company has estimated the Indian esports market at 2 million enthusiasts and is expected to grow five-fold by 2021. The company plans to expand its eSports business by creating an eSports league in India.

Nazara is a leading investor in the Indian eSports market. With investments in a wide range of game categories, Nazara has established a strong presence in the market. Its diversified portfolio has in-house content creation and development and partnerships with telecom operators and app stores. The company’s online platform makes it easy for Indian users to access its games and track their progress.

The company recently announced the launch of Vi Games, a new gaming portal created in partnership with Nazara Technologies Limited. The launch of the app is an indication of a growing eSports market in India. According to a recent FICCI-EY report, India will have over 500 million gaming users by 2022. Gaming is a popular way to relax and unwind, and it is expected to increase its market share over the next few years.

Plans to pivot into blockchain gaming

The mobile gaming company Nazara Technologies has announced its plan to pivot into blockchain gaming. The company plans to create a blockchain-based game of cricket and invest in the Web3 space through its subsidiary Next Wave Multimedia. The move is an attempt to cash in on the growing popularity of Web3 products, such as games. Nazara Technologies is one of India’s largest diversified gaming and sports media platforms. Its products range from gamified early learning ecosystems to eSports.

The company’s gamified early learning business, which includes games and learning for a two to the six-year-old audience, may have benefited from the recent covid acquisition. However, analysts are awaiting more data to gauge demand for the business. Nazara has also jumped into the e-sports segment via Godwin Gaming in FY18 and e-sports media by acquiring Absolute Sports in FY20. However, the company’s recent acquisitions are negatively impacting free cash flow. In addition, the mobile gaming industry faces immense competition, particularly with free-to-play games.

The best Reason Why People Fail in Internet Marketing