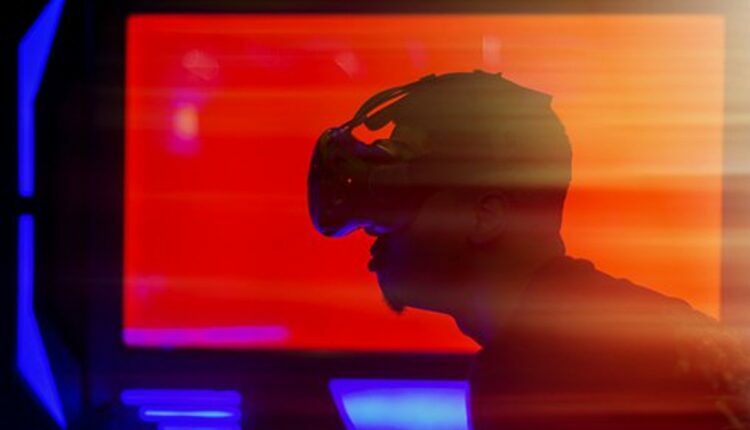 Rovio Entertainment Oyj is a Finnish video game developer based in Espoo. Founded by a group of students from the Helsinki University of Technology, the company is best known for its Angry Birds franchise. The company has released more than 50 different titles and has sold over 260 million copies. Read on to learn more about the company and some of its games. The company has over 400 employees and is known for the Angry Birds franchise, but there are many more.

Angry Birds is a casual puzzle video game created by Rovio Entertainment. Its theme is based on stylized, wingless birds. It was first released in 2009 for iOS and Maemo devices. The game has since been translated into over 40 languages. Angry Birds has been one of the most popular games of all time. Despite its popularity, the game continues to evolve and improve.

In early 2009, Rovio was almost bankrupt, and its staff began to look for a new game idea. One idea came to senior game designer Jaakko Iisalo, who made a simulated screenshot featuring angry birds. The staff liked this idea and decided to design the game around it. In the same period, physics games became popular for flash web games. The team took the physics concept and used it as inspiration to create Angry Birds.

The developers spent eight years developing the game. Mikael and Niklas had been thinking about video games for years before they started creating the game. They grew up in the coastal town of Vastaa but moved to Helsinki when they were seven. They were both passionate about gaming and determined to make a game that would appeal to young and old alike. The game has earned the name Angry Birds, and now over 200 million people worldwide love it.

The game became a worldwide phenomenon and was featured on the UK App Store’s front page on February 11, 2010. Then, Rovio released a YouTube trailer with over 17 million views. They also created a free Lite version and 42 new levels. The game’s popularity skyrocketed and went from the 600th position in the UK App Store to number one in the US in less than three days.

Angry Birds Friends is a puzzle video game. It is the fourth title in the popular Angry Birds series and is developed by Rovio Entertainment. The game is a lot of fun but requires some skills to master. In addition to the fun, it will also challenge you to work hard and be creative while solving puzzles. You can play it for free on your computer or a mobile device.

The game is free to download, but you may choose to purchase extra features in the in-app store. The app is updated periodically to fix bugs and add new features. If you don’t keep up with the updates, the game won’t work properly. So, download the latest version. Read on to find out more about this exciting game! You’ll love this new game if you’re interested in competitive gaming.

The game is similar to the original Angry Birds series but has an updated look. Players can compete with other players worldwide in tournaments and use power-ups to improve their performance. And, of course, a new feature is the ability to challenge friends. This game is great for people of all ages and is available on Google Play and the App Store. You can also use the game to play online with other players.

Angry Birds Friends is also a great way to promote environmental awareness. One of the ocean’s biggest problems is the waste left behind by human activity. Angry Birds Friends has an environmental message that encourages players to choose reusable bags and packaging. As a bonus, The SeaCleaners have teamed up with Rovio Entertainment to create new levels. These levels feature Green Day’s latest single and an exclusive track.

Angry Birds Journey on Android is a puzzle game released by Rovio Entertainment. It is the twenty-fourth game in the mainline series and the eleventh mobile game to use slingshot mechanics. The game is designed for people with little or no experience with the franchise. To save the hatchlings, you will need a slingshot to fling the birds and topple the piggies.

The controls in Angry Birds Journey are the same as in previous games so that players will have no trouble with the first few levels. Players can shoot their slingshot by touching the bird on the slingshot and watching the trajectory. The faster you launch the birds into their targets, the more points you’ll earn and the fewer birds you’ll need to collect.

Critics have praised the game, but there are some problems with the game’s multiplayer mode. It may crash on occasion. It is important to check the latest version of the game before you play it. There are also frequent updates from Rovio. You may find bugs and new features in the game. It is essential to keep the latest version of the game installed for maximum performance. Otherwise, you risk losing your progress or being stuck at the same level as the game’s developers.

Angry Birds Journey on Android is a social game that lets you play with your slingshot. It’s a great way to connect with other Angry Birds fans. It’s easy to find friends on social networks, too! And, of course, you can also meet new characters in the game. You can also share your progress with friends and family by writing reviews for other games!

The Angry Birds Bowling Alley is an exclusive partnership between Rovio Entertainment and Brunswick Bowling Products. It will debut at the International Cup Bowling Festival in Las Vegas this month. The bowling alley will include the game’s Sync Scoring Management System (SSM) and all of the iconic characters from the “Angry Birds” mobile game. Players can choose a character to play as, including Red and Blue. The Angry Birds Bowling Alley will include digital elements, such as in-theater advertising.

With the success of the mobile game, Rovio has positioned itself to take the next step in licensing the Angry Birds brand. With five billion downloads worldwide, Rovio is now in a great position to benefit from merchandising and other opportunities. The company is already developing exciting licensing deals and has signed agreements for products like apparel, toys, and confectionery.

Angry Birds plush toys are a fun way to give your kids a gift that matches their favorite video game. You can buy these adorable plush toys for less than $10. Many manufacturers also offer free shipping on orders of $25 or more. They’re not only affordable but also very soft and cuddly. The best ones are made of high-quality materials and are soft to the touch.

The Rovio plush toys are produced by Jazwares, a subsidiary of Alleghany Capital Corporation headquartered in Sunrise, Florida. They’ve also made toys for other franchises. The plush toys aren’t just for the Angry Birds, however. Several colleges and baseball teams have partnered with the brand to produce plush versions of their favorite players.

In addition to the Angry Birds plush toys, Rovio has been promoting the movie through collaborations with McDonald’s, Hasbro, Brunswick Bowling, Harper Collins, The Home Depot, and others. In the latest collaboration, Rovio partnered with lifestyle brand Billebeino to create a limited-edition Angry Birds capsule collection. Billebeino brought the project its offbeat sense of humor and unique design style.

The brand’s popularity has extended beyond mobile devices, and Rovio has begun pursuing opportunities to leverage the Angry Birds brand in consumer products and location-based entertainment. In addition to merchandising, Rovio is also seeking new licensing deals to capitalize on the brand’s success. It’s already signed deals in sports equipment, apparel, toys, and confectionery.

A directory of Ways on How to Become a Uniform Online