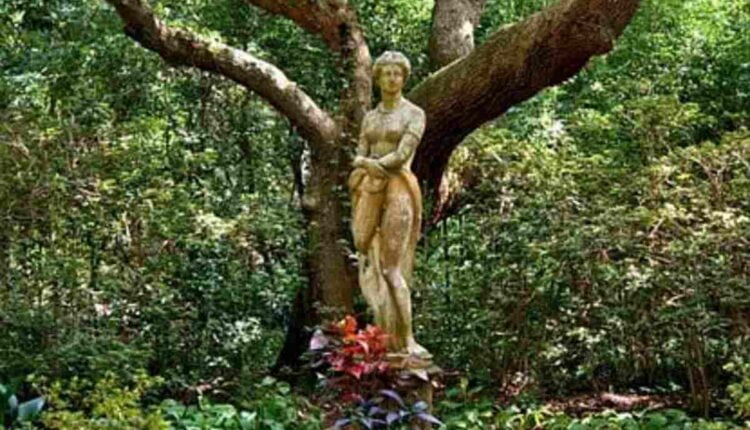 A sculpture garden is an outdoor park or garden dedicated to sited works of art, typically made of durable materials. Sculptures are often permanent installations that are often surrounded by lushly landscaped areas. In addition, sculpture parks often have exhibitions and educational programs by renowned artists. The National Gallery of Art is one such location.

In the Sculpture Garden, you’ll find an array of pieces by Isamu Noguchi. The natural world inspires the sculptures in this garden. Each one depicts a theme or concept. The Sculpture Garden also features a large number of indigenous plants.

Noguchi’s oeuvre is highly varied, and his work is celebrated worldwide. He is most well-known for his abstract sculptures but also produced iconic furniture pieces and public projects. His artistic career spanned six decades, and he experimented with different materials and techniques. His work has become a standard for contemporary art.

As an internationalist, Noguchi absorbed inspiration from many cultures. His travels gave him a variety of ideas for his sculptures. The serene Japanese garden, the earthy ceramic set-up, and the Chinese light-ink brushing technique were all incorporated into his garden.

The sculpture Floor Frame by Isamu Noguchi, the first Japanese American work to be acquired by the White House, was purchased for $125,000 at a Sotheby’s auction in March and installed in the White House’s Rose Garden. The White House’s art collection has now grown to include works by Noguchi and other Asian American artists.

Sculptor Isamu Noguchi spent over six decades creating works exploring space and objects’ nature. His practice drew from traditional Japanese art and the biomorphic style of Surrealist art. He also created furniture and architecture that enhanced public spaces. He was a major figure during the post-World War II period and has remained an influential figure in contemporary art.

Noguchi was born in Los Angeles, California, to a Japanese father and an American mother. His work straddled continents and reflected his experiences. He was influenced by biomorphic abstract sculpture, French sculptor Jean Arp, and ancient monuments like Stonehenge.

The sculpture is part of a larger public installation at the Storm King Art Center. It was commissioned to be installed on a mound near the center’s main building. Noguchi and his assistants carved a large boulder from Shodoshima in Japan to create a sculptural diptych of nine pieces. Noguchi’s assistants also carved a hole into the boulder to resemble the peach pit, a symbol central to the story of its namesake warrior.

In the early 1930s, Noguchi began to submit his designs for public works. He was working on a monument to Benjamin Franklin, which remained unrealized for decades. He also designed the Peace Park bridges in Hiroshima. Many criticized his work, and he was dropped from the Public Works of Art Program. During this time, Noguchi worked as a sculptor, creating portrait busts and sculpture gardens to help support himself.

Noguchi was fascinated by space and even proposed a sand sculpture that would be visible from Mars. In a 1976 image of Mars taken by the Viking 1 satellite, Noguchi’s sculpture looks like a sphinx. He also created ‘Lunar’ sculptures that approximated the landscape of Arizona. During the war, Noguchi was interned in Arizona for a time, working on his masterpiece, Red Lunar Fist (1944).

Isamu Noguchi’s works are often based on the concept of place. His works often explore themes of place and identity and include elements of Japanese culture. His acclaimed Akari lanterns are an example of this. They create a series of environments inspired by nature. The Akari PL1 (1965), a chamber-like structure made of translucent panels, and PL2 (1985), an illuminated eight-foot cube, exemplify his concept of light as a place.

The Bayerische Vereinsbank commissioned Noguchi to create a monumental sculpture. He worked with architect Sep Ruf to create the structure. The metal sculpture reads like a halved cube with three faces. The granite sculpture consists of four granite stones stacked into a tripod-like shape. It is situated on a granite and basalt grid. Its proportions resemble cubes, and visionary architect Buckminster Fuller inspires its shape.

The Isamu Noguchi Garden Museum is a museum dedicated to the artist’s life and work. The museum, which Noguchi founded in Long Island City, is an important repository for his art and vision. The museum is open to the public and can be visited by appointment.

The graft was Noguchi’s first sculpture and was a major commission. He later enlarged the original plaster model to nine sections made of stainless steel. Noguchi spent nearly a year welding, grinding, and polishing the pieces until they were finished.

Laumeier Sculpture Park is a 105-acre outdoor museum near St. Louis that features more than 60 outdoor sculptures. The park also features a 1.4-mile walking trail and educational programs. Those interested in the art of sculpting are encouraged to visit this site.

Established in 1976, Laumeier Sculpture Park is a living laboratory that investigates the relationship between contemporary art and nature. The museum is one of the country’s largest sculpture parks and is an institution of international significance. The park’s facilities are free and open to the public every day.

The sculpture garden features 17 works from the gallery’s growing collection. It features installations by artists such as Claes Oldenburg and Joan Miro. The gardens are lush with native plants and are complemented by an elegant fountain. During the winter, the fountain transforms into an ice rink.

The Laurier Sculpture Garden at the National Gallery of Art is one of the best places to view sculptures. The garden offers a tranquil setting to view modern works. In 1968, French artist Marc Chagall visited the home of John and Evelyn Nef in Washington, DC, and created a mosaic in their garden.

In addition to the iconic Spoonbridge and Cherry sculpture, the park also features a series of modern works by modern artists such as Andy Goldsworthy and Sir Anthony Caro. It is free to the public and run by the Seattle Art Museum.

The Josephine Ford Sculpture Garden is a beautiful space that unites the CCS campus. It connects the Kresge-Ford building and the Walter B. Ford II Art Center. It features large trees and rose shrubs. The area is also furnished with benches and lighting designed by CCS alumnus Bob White.

The garden contains 10 Detroit Institute of Arts sculptures. It was established in 2005 as a collaboration between the DIA and CCS. It contains a paved elliptical walk, benches, and a variety of juniper and rose plants. While visiting the garden, bring your camera because you will want to take pictures of the sculptures! If you are in the mood for a walk, you can take a break in one of the gardens’ gazebos.

How to Design a Scandinavian Living Room