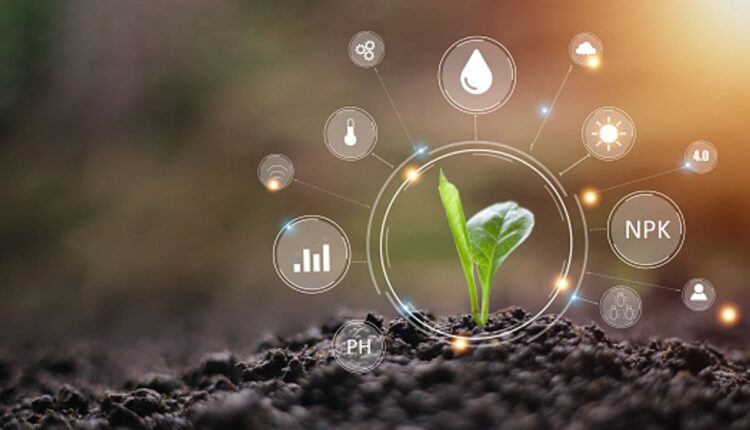 Flutter is a free, open-source development platform. This means you can hire a team of developers to create your apps, and then deploy them to the AppStore or PlayStore. Flutter is compatible with GitHub and can be integrated into an existing app. Costs for developers vary depending on the hours they spend developing your app. Developers can be freelancers or part of your in-house team. Depending on your needs, you can publish your apps on the Google PlayStore and Apple AppStore. These are the two most popular platforms for deploying applications, and each will charge you a fee for each app you publish. Apple AppStore and Google PlayStore are two of the most popular destinations for Flutter apps, and both stores will take 30% of each in-app purchase.

Developers can create robust enterprise-grade apps using Flutter. The language allows developers to save time on managing code and create intuitive user interfaces. With separate widgets for Material Design, rich motion APIs, and simple natural scrolling, Flutter makes app development easy. Developers can reuse code and implement features that users want. They can also use the language to build new apps or update existing ones with new features. In addition, it can be used for building a range of mobile and web applications.

Developers can use the framework’s built-in hot reload feature to experiment with different designs and features without restarting their apps. The feature allows developers to see changes instantly, solving errors and moving on quickly. With this flexibility, developers can finish projects ahead of schedule. They can also use the language’s built-in framework to create complex apps. This makes Flutter an ideal choice for developers who want to build rich applications.

Enterprise application development requires a large number of developers. Flutter app development is a fast and easy way to create feature-rich mobile apps without investing in a huge budget. Unlike most frameworks, Flutter app development uses a single source code, allowing developers to experiment with code without committing much time or money. In addition, regardless of the platform, Flutter is highly flexible and can be adapted to various development environments.

Developers can use widgets to create a graphic user interface. Developers can also create custom widgets for their apps. Developers can create applications that are natively compatible with iOS and Android. The platform makes integrating Flutter with native performance easy, providing cross-platform compatibility and speed. This is one of the key advantages of Flutter for mobile app development. These features make Flutter app development features-rich apps a breeze.

The Flutter mobile app development framework simplifies the app development process by providing an advanced SDK that includes widgets and plugins. But what makes Flutter so powerful? It is a story of fantasy. In an age with dozens of technologies to choose from and many flaws, Flutter aspires to be the best. In addition to its fast development pace, it offers flexibility and a robust feature set. In short, it’s the perfect choice for those who want to build a beautiful app without worrying about the many shortcomings of other platforms like iOS and Android.

Among the many benefits of using Flutter to develop apps, its simplicity and ease of use make it the right choice for various applications. With just a few clicks, developers can develop and deploy Flutter mobile apps quickly and easily. In addition, the continuous integration features of Flutter make it easy to get your application on different platforms. However, if you’re considering Flutter as a platform for your next project, you’ll need to ensure it’s right for you.

Flutter is a cross-platform mobile app development framework that can be used to develop apps for both Android and iOS. Flutter makes it easier to develop and maintain two apps with minimal headache with a single codebase. It’s also fast to build apps, which can help make Flutter a viable option for small and medium-sized businesses. So whether you’re looking for a fast-developing mobile app or a more complex app with many features, Flutter is the right solution.

Flutter is a popular cross-platform mobile framework that enables developers to build beautiful and functional mobile apps in record time. Flutter uses Dart, which compiles native code, making it easy to create apps for Android and iOS. Fast Flutter app development is the best choice for developers who want to deliver high-quality mobile apps quickly. It is also easy to learn and compatible with various platforms.

If you are looking for cost-effective Flutter app development, you have come to the right place. With an affordable price tag and flexible deadlines, you can get your app developed within your budget. Several factors determine the cost of app development. These factors include the complexity of the project, the number of features, and the overall time to complete. A well-designed MVP is ideal for low-budget projects. And a complex app is more expensive than a simple one.

The cost of developing an application depends on many factors, including the size, number of features, graphics, and animations. While Flutter makes it easier to develop responsive UI layouts, mobile apps that feature many colorful images and animations cost more than those that are simple and basic. Also, the project’s complexity determines the number of developer hours and maintenance costs. And these factors may vary from developer to developer. So, it’s important to look for a cost-effective Flutter app development company and discuss your requirements.

Flutter has become a popular cross-platform app development framework, with nearly 42% of developers using it. This programming framework enables businesses to build cross-platform mobile applications and solutions, reducing overall development time and accelerating time to market. With a low-cost Flutter app development company, you’ll get the kind of results you’re looking for in a fraction of the time.

Flutter is perfect for startups and small businesses. Its lightweight, responsive, and cross-platform capabilities make it the best choice for feature-rich mobile apps. Flutter is also easy to use, fast, and compatible with different platforms. So, look no further if you’re looking for cost-effective Flutter app development. It’s time to get your app developed today. And don’t forget that Flutter app development is ideal for launching your mobile apps at a fraction of the time of an iPhone or Android.

One of the biggest challenges facing mobile developers today is ensuring that their apps are scalable and optimized for performance. Fortunately, there are several ways to do this. Using a framework like Flutter can dramatically reduce the number of steps developers must complete to deliver a functional app. Here are four steps that can help you create scalable Flutter apps. Read on to learn about the most important steps. As a result, scalable Flutter apps can be developed in a fraction of the time it would take to develop a native application.

First, you’ll need a framework. Frameworks are tools that offer the skeleton architecture you need to build your software. These tools include libraries, documentation, APIs, and more. Thankfully, Flutter has everything you need to build scalable, cross-platform apps. Here are the basics of Flutter frameworks:

Scalability is essential for a mobile application, and a framework such as a Flutter makes this possible. With this framework, you can get a high-quality, scalable app quickly and easily. In addition, it’s easy to scale the app as your business grows and your team gets bigger, so it can handle the workload. Lastly, Flutter is an excellent choice for startups. If your budget is tight, this framework may be the right choice. It will allow you to create scalable applications faster and reduce your overall development time.

Scalability also helps avoid spaghetti code. Unfortunately, many developers have experience with legacy codebases, and when they update their code, it breaks the original codebase. You may have to hunt down these issues, which will take longer than building the feature. Fortunately, Flutter developers are making it easier than ever to build highly-scalable apps. Four main principles help you achieve this. The following are just a few best ways to build scalable Flutter applications.

There are many advantages of hiring a reliable Flutter app development company. First, you will work with a team with expertise in building and testing apps. They will not just use the Flutter platform to develop apps but also access an in-house team of senior resources. This means you’ll get an app that runs fast, is reliable, and looks great! Flutter developers are also known for their quality craftsmanship and results-driven approach.

A reliable Flutter application development company will offer you quality services while ensuring cost-efficiency. In addition to their fast turnaround times, Flutter developers can provide you with the best possible user interface for your application. Furthermore, they can easily reload the code to make it look great again, which means your app will be a hit on the market in no time. Flutter is so flexible and has an extensive library of components that will be extremely beneficial when developing a Flutter app.

Another advantage of using a Flutter app development company is its ability to create cross-platform apps. Because Flutter is a cross-platform framework, it can be used to build native and hybrid apps. Flutter apps will function like native apps on Apple and Android devices and are compiled to run on the respective platforms. Additionally, they do not require a browser or runtime module. You can also use the same codebase to create web apps for the browser and native programs for Windows.

Another benefit of using Flutter is its reload feature. Unlike native apps, Flutter offers a hot reload, allowing developers to immediately make changes to the code without waiting for the app to be compiled and loaded onto the device. Moreover, it improves the collaboration between developers and simplifies testing. Ultimately, Flutter apps are more robust and reliable than native apps. That means more profit for you!

How to Hide Apps on Android Without a Launcher