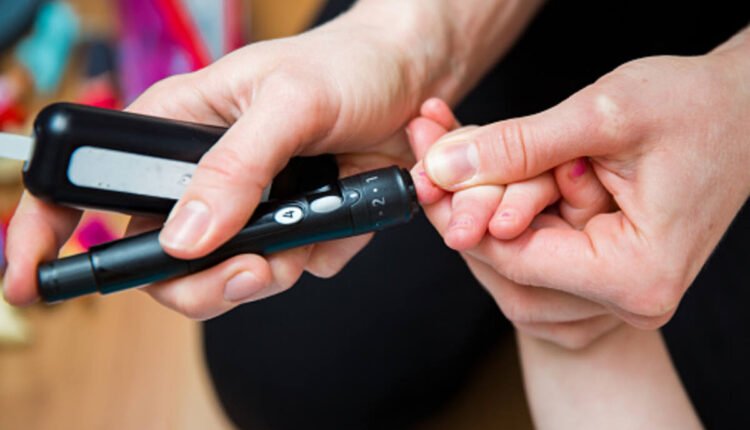 The term insulin resistance describes a condition where the body is resistant to the insulin hormone. This condition results in abnormal glucose levels in the blood, which can damage the blood vessels and organs. Insulin resistance is not only associated with diabetes; it has also been linked to an increased risk of other diseases. These include cancer, high blood pressure, increased waist circumference, high cholesterol, inflammation, altered liver function, and dementia.

Insulin resistance is a condition where the body cannot use insulin effectively. Insulin is a hormone made by the pancreas that helps glucose from the blood enter cells for energy. Typically, glucose is produced by the liver whenever it is needed. Therefore, if there is enough insulin in the blood, glucose levels in the body stay within a normal range. However, blood glucose levels become too high when insulin is not produced sufficiently.

Insulin resistance is a growing global public health problem, and genetics are a vital part of the cause. Although there are many risk factors for insulin resistance, many studies have shown that specific genetic variant significantly impacts the risk. Advances in genotyping techniques have made it possible to identify common and rare genetic variants. However, more research is needed to develop accurate genetic biomarkers.

Genetic variations in insulin receptor genes are linked to extreme insulin resistance. In addition, mutations in peroxisome proliferator-activated receptor g genes have been linked to the condition. However, the genetic basis for more common types of insulin resistance is likely to be polygenic or heterogeneous. This is because some gene variants may influence several IRS traits, a phenomenon known as pleiotropy.

Increasing physical activity can help you combat insulin resistance and reverse its effects. The CDC recommends 150 minutes of moderate exercise per week. In addition, research has shown that weight loss and dietary changes can reduce the risk of Type 2 diabetes. By making these changes, people at high risk for diabetes can lower their risk by five to seven percent.

Insulin resistance is caused by many factors, including obesity, excessive body fat, a sedentary lifestyle, and exposure to toxins. It is common in African Americans, Hispanics, and Native Americans and may be inherited or acquired. Lifestyle changes such as weight loss, eating a healthy diet, and getting enough exercise can reduce the risk of insulin resistance.

Insulin resistance can be challenging to diagnose, but it is possible to overcome it. Insulin resistance is a progressive disorder that affects various aspects of the body. It results in excess insulin being produced in the bloodstream and can lead to hypoglycemia. The condition worsens with time until the body’s ability to produce insulin is reduced. In addition to insulin resistance, the body also suffers from inherited lipodystrophy, which causes the body to store excess glucose in the fat tissues instead of being used.

Some of the symptoms of insulin resistance can be very subtle and go unnoticed. For example, if you overeat or are always hungry, you may have insulin resistance. You may also have frequent bathroom trips and dark patches on your skin. These patches are usually a band-like structure, and they tend to appear around your neckline.

Another common symptom of insulin resistance is elevated blood sugar. This can cause symptoms like frequent urination, excessive thirst, and lethargy, or it can signify something more serious. Your blood sugar levels are considered high if they’re more than 180 milligrams per deciliter (mg/dL), and readings of 300 mg/dL or higher are dangerous. If you think you may have high blood sugar, get a blood sugar test.