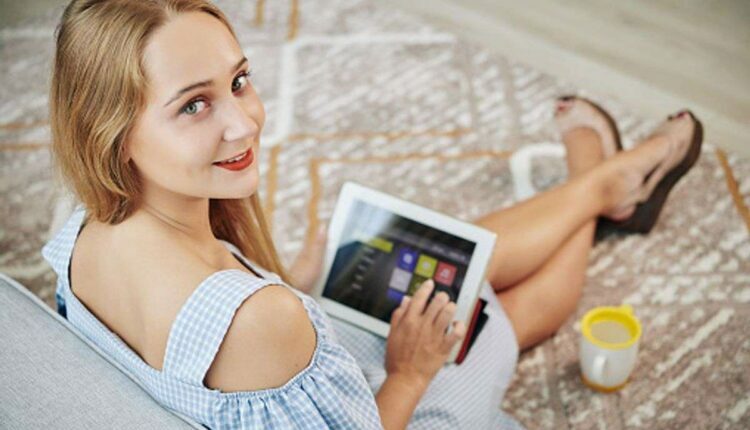 The Nuance Dragon Anywhere speech-to-text application is available for mobile devices, compatible with Evernote, and more accurate than Dragon Naturally Speaking. Using the software is extremely convenient and allows you to take notes anywhere. It even follows you from device to device, so you don’t have to worry about typing out your notes. It also has more features than Dragon Naturally Speaking, making it a good choice for mobile users. Read on to learn more about this speech-to-text application.

If you’re looking for a powerful speech-to-text application, you should try Nuance Dragon. This software uses advanced deep learning and artificial intelligence to create highly accurate speech-to-text conversion. In addition, its advanced technologies make it easy to customize the application to meet your specific needs, including accents and environment. Nuance Dragon Anywhere is flexible enough to handle various applications and computer screens. It can even anchor itself to a text window and directly dictate it.

Dragon Anywhere uses front-end speech recognition to convert your speech into text. You can dictate directly into your PC by speaking into the microphone, resulting in immediate transcription. You can use it for everything from composing emails to conducting web searches. Other features include the ability to customize commands and import specialist vocabulary. In addition, this speech-to-text application helps you streamline your documentation while saving time. So if you’re looking for a speech-to-text application, check out Nuance Dragon Anywhere!

Users can dictate in any language they want, so Dragon Anywhere can support multiple languages. The app supports US, Canadian, and UK English and German. It also supports cloud-based speech recognition, so you don’t need a specific IT environment to use it. Dragon Anywhere can be purchased as a perpetual license or subscription-based application. There are many benefits to using Nuance Dragon Anywhere, so check it out before you decide to purchase it!

Nuance Dragon Anywhere is a speech-to-text app available for Android and iOS devices. It costs $150 a year, but you can get one year of it free if you purchase a desktop version of Nuance’s Dragon Professional Individual speech-to-text software. This is a fantastic deal if you’re looking for an advanced speech-to-text application. In addition, it promises to transform your writing style.

Dragon Anywhere is a powerful dictation app that takes notes for you. It works on iOS 9.3.5 and Android 5.0+. You can download Dragon Anywhere for free from Google Play or the iOS App Store. Nuance is the vendor of Dragon Anywhere. It offers a free trial period. If you don’t like it, you can cancel your subscription anytime. This mobile app works with multiple users.

As the number of mobile workers rises, so does the time they spend working. With Dragon Anywhere, you can dictate, edit, and share documents from anywhere, including your mobile phone. The program even has auto-text functionality, allowing you to build custom forms and fill in fields using voice commands. In addition, it syncs across all your devices and desktop computers, providing a consistent workflow for your work. It’s the perfect solution for professionals on the go.

If you have an existing desktop Dragon account, the new mobile version synchronizes with it. Once you’ve installed Dragon Anywhere on your mobile device, you can use both app versions to create, edit, and share documents. It’s also compatible with the desktop version of Dragon Professional Individual, making it easy for professionals to maintain consistency and share custom terminology between platforms. The new version of Dragon Anywhere for mobile devices also provides some security improvements.

For more information about Dragon Anywhere, visit Nuance’s website. You can also find an FAQ on the website or contact Nuance Communications directly. The company also offers phone support for users in most regions. In addition, the Dragon Anywhere mobile app is available on both Android and iOS devices. Once you download the application, you can then start dictating and editing documents on the go. As a bonus, Dragon Anywhere is also compatible with the latest versions of Android devices.

If you’ve ever wanted to write a document on your phone but you don’t know where to start, Dragon Anywhere has a feature that lets you dictate text to your device and sync it with your Evernote account. The app works by voice and allows you to select the text, navigate through paragraphs, and apply formatting options. As long as you have a Dragon account, you’ll be able to dictate any length document, no matter the format.

For those who don’t want to give up their desktop computers, Dragon Anywhere will work on iPhones, Androids, and iPads. The app can be downloaded from the Nuance website but will require a subscription for unlimited usage. The Mac version will cost $200, and you can upgrade to the latest version for an additional $100. The iPhone version is free, and the Android version will be released in September.

Although not a complete transcription platform, the Dragon Anywhere app is very accurate. While it lacks features, other platforms offer, the app has high recognition accuracy and makes writing on your mobile device easy. Those working in busy environments need every second of their time. For this reason, Dragon Anywhere will allow you to double your productivity. The app allows you to dictate text, format it, and even fill out forms. Moreover, you can do this on your smartphone without leaving your office.

If you’re a computer user often away from your desk, you’ll want to check out Dragon Anywhere. This speech recognition program works on Apple and Android tablets and seamlessly allows you to switch between desktop and mobile modes. You can even share your work with others using your smartphone or tablet. The best part is that you don’t have to worry about word or time limits, as the program will translate your speech to text.

While Dragon Naturally Speaking V13 has a more traditional approach to language processing, the more modern Dragon Anywhere focuses on general users. It does not place as much weight on legal and medical terminology as the previous versions. This makes it ideal for writers, social workers, people in banking or financial services, and anyone else who does not speak law or medical terms. The software supports over 20 languages. It supports all major languages, including English, German, French, Italian, Spanish, and Dutch.

While some users say that Dragon is more accurate than Dragon Naturally Speaking, some have complained that it is not Mac-friendly. Some adults have reported having difficulty learning the application on a Mac. A representative of the Dragon project also reported similar difficulties with the Mac version of Dragon. However, many consumers are pleased with Dragon’s performance and overall accuracy. If you’re a computer user, it’s a good idea to try Dragon. You can download a free trial here.

Another downside to Dragon Anywhere is its price. It costs $15 a month and requires an Internet connection. It isn’t mobile-friendly. It is also very expensive, as it is subscription-based. You may want to consider a cheaper option if you can’t afford it. But be sure to read this review before buying Dragon Anywhere. Many other people swear by it, which has helped them become more productive.

It’s not as Mac-friendly as Dragon Home.

Besides not being as Mac-friendly as Dragon Home, the new version of Dragon anywhere has many great features. The new program can even learn your accent and speak various languages. Then, it will understand the accent you use when talking to others. This is a crucial feature, but it’s also important to be familiar with your Mac operating system to set it up correctly.

In addition to the differences between the two products, Dragon anywhere is a lot more accessible software for the Mac user. Although the program is not as Mac-friendly as Dragon Home, it offers the same voice recognition capabilities and functionality. Dragon Home is more powerful and a great choice if you’re looking for a reliable voice communication program. You can even use Dragon for web browsing, shopping, or writing documents. However, it’s still a bit resource-intensive and requires extensive online training before you can use it properly. If you’re serious about using Dragon anywhere, you might consider purchasing the professional version. The professional edition is $200 and offers many more advanced features.

How to Send and Receive Emails on the iPhone